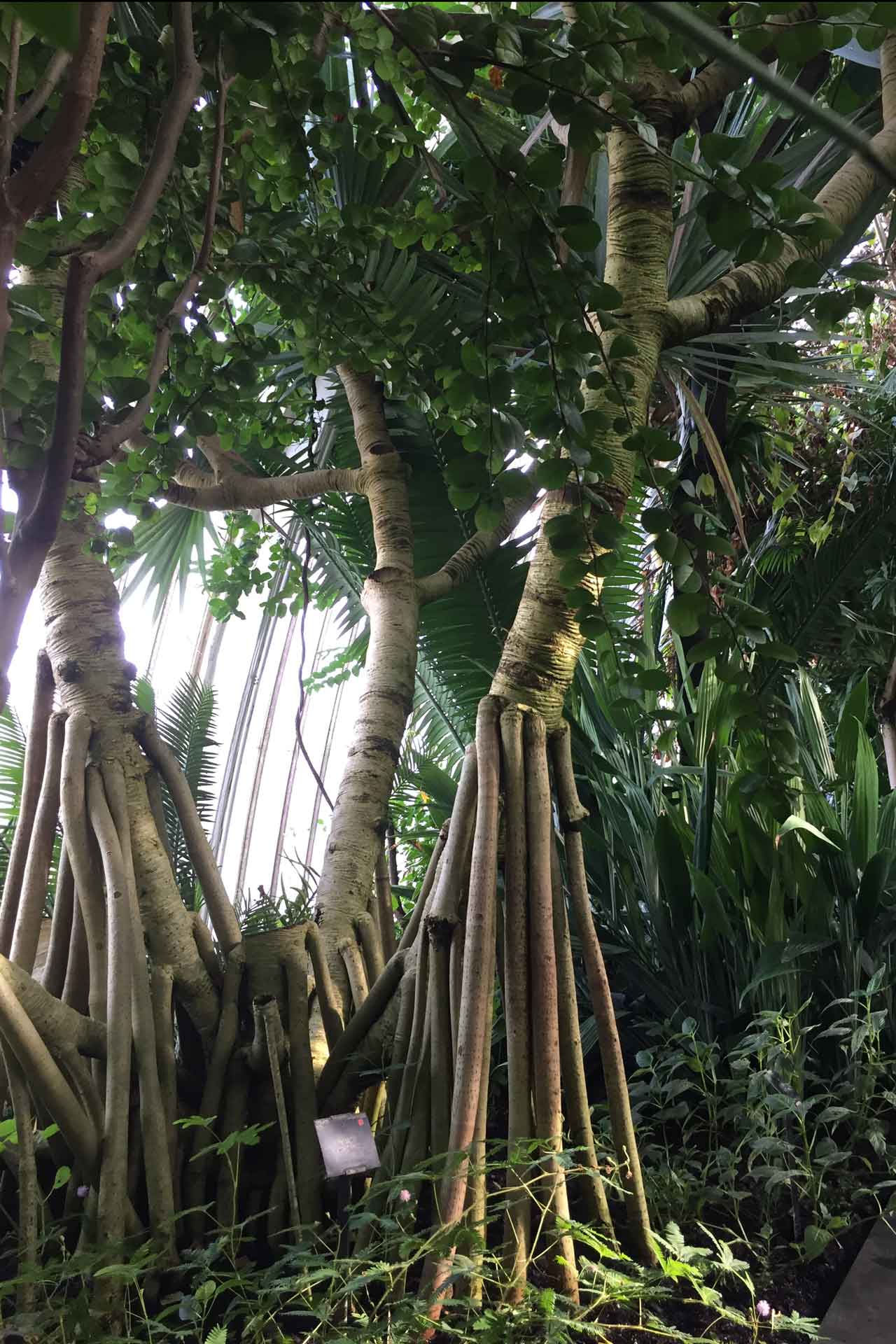 On a trip to Kew.

There is no doubt that some of the World’s most attractive woods come from tropical rainforests. Historically, these have been considered as a resource to be used to the point of destruction. Trees which were once relatively plentiful such as Indian Rosewood or Macassar Ebony are now on the endangered list.
These days, there is a lot more protection in the West for these trees. If I were to buy tropical timbers in any form, I will have to know that they were imported as FSC certified, even if I am not allowed to pass on that certification.
Another issue with tropical hardwood is that it will often be transported before drying, whereas American and European wood will always be dried locally. This means the carbon footprint can be much higher since wood weighs far more before most of the moisture has been removed.
The main threat is from the “slash and burn” treatment to create short-term grazing land. If there are some tropical timbers that can be authenticated as being sustainably grown, then it seems better for the planet if we use them. We will certainly pay more for rosewood veneer than we will for a burger.
Solid vs veneer and sheet materials