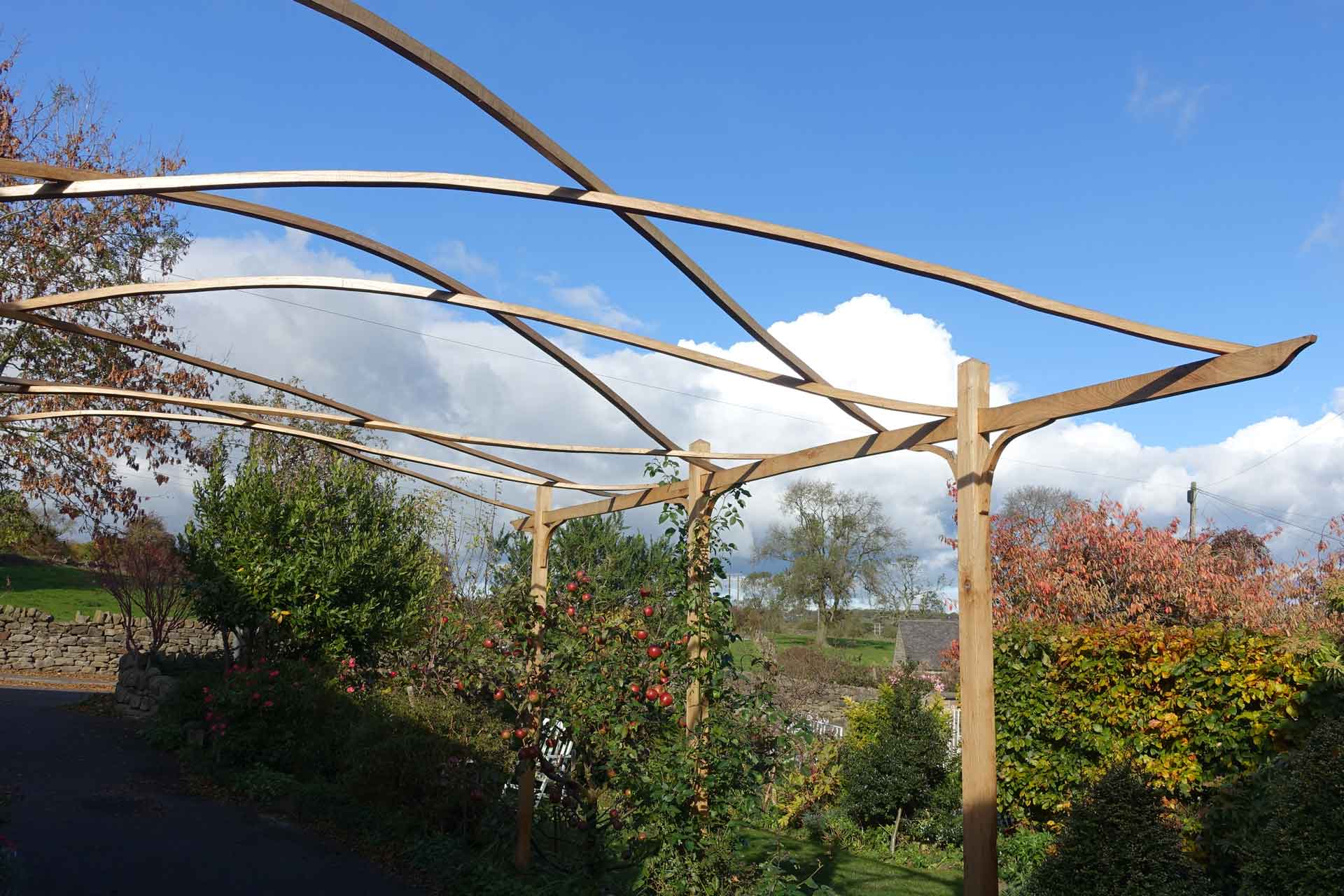 The oak for this pergola came from close to my house (where it lives).

It goes without saying that British timber will have travelled for less miles than European timber, which will have travelled less than timber from other parts of the World. It is not quite that simple of course, because products that travel by sea use a lot less fuel per mile than those which travel by land. If that were not true, then the cheapest Australian wine would have to be priced about the same as Champagne by the time it reached the UK.
So should I only buy wood from the UK? Well, it would be nice it that were an option, but most of the timber merchants just laugh at you when you ask them for British-grown timber. If you are lucky, they will just suck their teeth and explain how difficult it is.
Even when we have a disaster like Ash die-back, it seems to make the situation harder because Ash trees need to be left standing in case they prove to have some resistance. It is permissible to use the timber, but the availability does seem to be reduced.
I will always try to purchase locally grown wood first, but if I refuse all European and American wood then I would not be making very much.
Recycled timber